“We continue to see overwhelming generosity from our sponsors, volunteers, and spectators,” said Dan Houston, chairman, president, and chief executive officer at Principal®. “The impact of this year’s tournament will have a lasting effect on young people in Iowa. In addition to world class golf, my favorite part of the tournament every year is meeting some of the children who benefit from this wonderful community event. I am so proud we have this opportunity to support the efforts of our charity partners.”

The Principal Charity Classic impacts the lives of more than 130,000 Iowa children in the areas of education, health, and arts and culture. Tournament proceeds provide support to four Tournament Charity Partners in the Des Moines area: Blank Children’s Hospital, MercyOne Children’s Hospital, the United Way of Central Iowa, and Variety – the Children’s Charity of Iowa. Additionally, the event’s Birdies For Charity program supports nearly 90 non-profits throughout the state of Iowa.

“This record-breaking donation is a true testament to the Des Moines community and our local and regional corporate communities and golf fans,” said Ken McCullum, board chair for the Principal Charity Classic. “This year we were thrilled to welcome fans back to the Wakonda Club where over 58,000 fans filled galleries and enjoyed state-of-the-art hospitality venues, and an exciting week-long schedule of events that helped drive the charitable efforts.”

This year’s tournament provided another dramatic finish, with Jerry Kelly defeating Kirk Triplett in a sudden-death playoff on the 18th hole. The win was Kelly’s second victory of the 2022 PGA Tour Champions season.

About the Principal Charity Classic

The Principal Charity Classic is an annual and award-winning PGA TOUR Champions event dedicated to investing in the future of Iowa kids. In 2022, the Principal Charity Classic raised a record $8.2 million for charity, bringing the tournament’s giving total to more than $45.6 million since 2007. Tournament funds benefit organizations that provide a broad level of support to Iowa kids in the areas of education and culture, financial security and stability, and health and wellness.

PGA TOUR Champions is a membership organization of professional golfers age 50 and older, including 34 members of the World Golf Hall of Fame. The Tour’s mission is to provide financial opportunities for its players, entertain and inspire its fans, deliver substantial value to its partners, create outlets for volunteers to give back, and generate significant charitable and economic impact in tournament communities. Follow PGA TOUR Champions online at PGATOUR.com, or on social media: Facebook facebook.com/PGATOURChampions, Twitter @ChampionsTour, and Instagram @pgatourchampions.

Principal Financial Group® (Nasdaq: PFG) is a global financial company with 18,500 employees1 passionate about improving the wealth and well-being of people and businesses. In business for more than 140 years, we’re helping more than 54 million customers1 plan, protect, invest, and retire, while working to support the communities where we do business, and build a diverse, inclusive workforce. Principal® is proud to be recognized as one of America’s 100 Most Sustainable Companies2, a member of the Bloomberg Gender Equality Index, and a Top 10 “Best Places to Work in Money Management3.” Learn more about Principal and our commitment to building a better future at principal.com.

Unless otherwise noted, companies and organizations mentioned are not affiliates of any member company of the Principal Financial Group®. 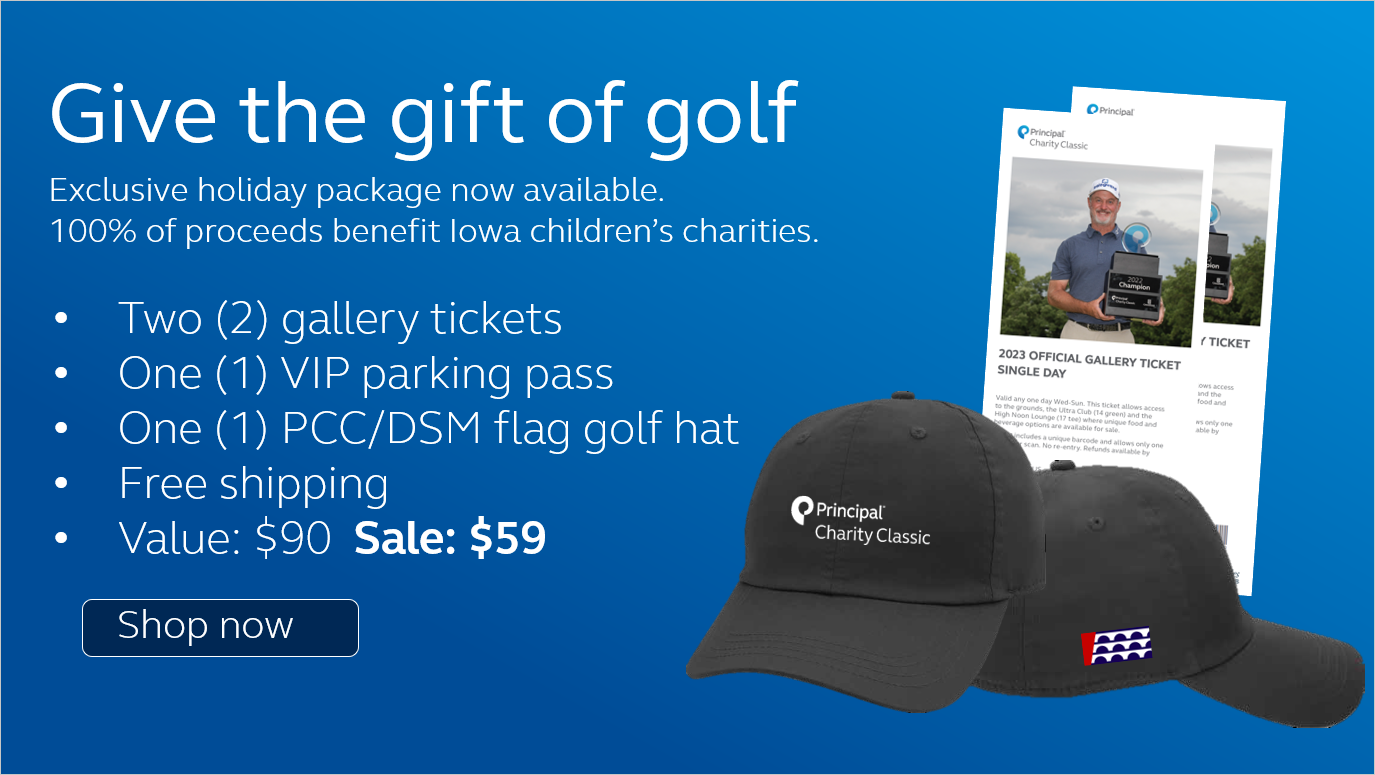