Notice: Trying to access array offset on value of type bool in /var/www/html/wp-content/themes/Avada/includes/class-avada-head.php on line 174
Skip to content
Previous Next

On the eve of the final round of the 2011 Principal Charity Classic, Mark Calcavecchia made a prediction.

“I’ve played a lot of golf with Brooksie over the years,” Calcavecchia said. “He’ll be tough to beat.”

Calcavecchia was referring to Mark Brooks, the 1996 PGA champion and 2001 U.S. Open runner-up. Brooks shot 65-67 in the first two rounds at Glen Oaks, good for a one-shot lead over Calcavecchia. Bob Gilder and Peter Senior were another shot back.

“It’s a perfect course for him,” Calcavecchia said.

Brooks then went out and made Calcavecchia look clairvoyant … until the final two holes of Sunday’s final round.

Bryant had a four-shot lead over Gilder, the 2002 champion, with four holes remaining.  Gilder birdied the 15th and 16th holes to cut the deficit in half. But he entertained no thoughts of winning until Brooks hit his second shot in the water on the par-4 17th.

Brooks would go on to make an 8-footer for bogey to preserve a one-shot lead coming to the 18th.  Gilder hit his approach 30 feet past the hole. Brooks had 25 feet for birdie, and knew that if Gilder didn’t make his putt he’d have two putts for the victory.

But Gilder did make his putt.

“I didn’t want to run the thing four or five feet by, because it’s not an easy putt coming back,” Gilder said. “I was just trying to hit a putt that held its line, and get it started where I thought it was going to go. The putt looks like it wants to go left. But in years past the putt does not go left. So I putted it pretty darn straight. About 3 feet from the hole I just knew it was in.”

So now Brooks needed two putts to get in a sudden-death playoff. That didn’t happen, either. He knocked his first putt 5 feet past the hole, and missed the comebacker. And it was over.

“I’ve been leaving them short all week,” Brooks said. “I wasn’t trying to gun it by. I should have made the second one anyway.”

Gilder, 60 years old, became the second chapter in an amazing story. It marked the first time players at least 60 years of age had won on the PGA TOUR Champions in back-to-back weeks. Tom Watson had captured the Senior PGA Championship the week before at 61 years of age.

“I really expected to be going to a playoff,” said Gilder, one of two players to have multiple Principal Charity Classic trophies in his possession.

The other is Jay Haas, who has won this title three times. Gilder, who had struggled all season, was emotional in victory.

“This year has been kind of a disaster, until (Sunday),” Gilder said. “It’s been a long time. I’ve put in a lot of work. This week, things just kind of fell into place.”

That bogey-bogey finish led to a closing 68 for Brooks. And it wiped out what looked like a brilliant prediction by Calcavecchia.

“As you get older, you kind of wonder if you can do it again,” Gilder said. 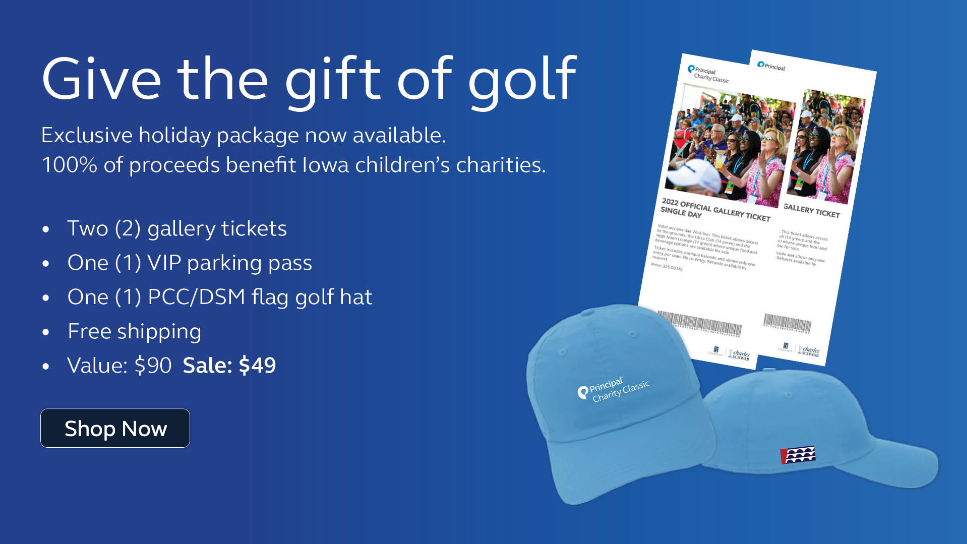